We want to ensure easy entry for incoming developers and entrepreneurs, yet there is little educational content for Haskell/Plutus/Marlowe.

I want to create educational content that conveys complex information in a structured way supplemented with examples that inspire new ideas.

**MY HASKELL EXPERIENCE**
I am a beginner in Haskell – I only started learning a few months ago because Cardano is built on Haskell. My idea is to create the content as I learn new things myself – I am by no means a Haskell expert.

The current challenge of attracting new developers to Cardano involves a problem of the high-barrier entry mostly because of the fact that Cardano is built on the Haskell programming language. In 2019, Haskell accounted for just 0.39% of all active users code on GitHub (https://www.benfrederickson.com/ranking-programming-languages-by-github-users/). This is probably because Haskell is considered a hard language to learn and its popularity is low as most devs today are used to imperative Object-Oriented Programming languages than functional languages such as Haskell.

My solution to this problem is to bridge the gap between Cardano and developers by creating beginner-friendly Haskell, Plutus and Marlowe materials that can easily be absorbed by everyone. This would lower the entry barrier for new developers wanting to build on Cardano. The content format envisioned are 45-minute videos covering various topics related to development on Cardano (some sections might require part 1 / part 2 videos). These videos would be accompanied by written content that supplements the material and offers an alternative for people who prefer written guides.

A great idea suggestion from community members @adalapuz and @thiago.ouros that I planned to do in the future:

A live classroom workshop/lecture – this would be a great way to convey knowledge in a more personal environment rather than static videos / written guides. In addition, it would allow to really be able to see how many developers the idea is attracting the number of people attending. However, I think that sort of workshop would be best to design after the initial course content is released. Firstly, because this is a new idea so feedback from the on-demand content will help me gain insights into what needs to be improved/removed/included etc..

Once I have that information, I could design a much better workshop that could be a one day/few half-days/multiple 1.5 hours live session(s) depending on what is estimated to work best.

So, I absolutely want to include that in my work, but I’d like to build and improve the core of the material, and then, later on, I can design live workshops/lectures that build on top of it. However, live workshops will probably receive different feedback from static videos so it’s important to include them in the proposal as well. Right now, I propose to do a live workshop session after each major chapter of the content covered as both a metric of developer interest and initial feedback to improve future workshops. Initial live workshops proposed at the moment:

The following topics can be initially considered as a series of connected courses that build on top of each other (these might get changed around as the education plan improves over time):

– Both 2) and 3) would have to be split up into sections such as:
a) Writing basic Haskell/PlutusTx programs

Marlowe can be considered a separate course that is more aimed at non-developers:

All IP and licensing will remain vested with me. The outcome of this proposal will be a service for the community.

Measuring success will be done through:

Requested funds in ada. Only use numbers! No symbols, letters, fractions. 181956

Which of these definitions apply to you? Developer, Teacher, Stakepool operator

Rated 0 out of 5
Raised Percent :
0%
This campaign has been invalid or not started yet. 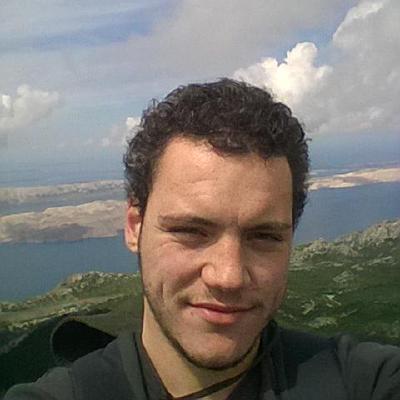 Be the first to review “Haskell/Plutus/Marlowe Education” Cancel reply