The Cardano ecosystem has no way to generate or send links pointing directly to stake pools or pool lists, either for sharing or delegation.

TL;DR This will allow your wallet & Cardano apps to send & interpret links like this:

Why should we care? The 90% of stake pools who currently have very little chance to survive with the current ranking system, who currently have to share less than 1% of delegated Ada, will now have a way for the world to know about them, and to join and suggest “community” portfolios based on common interests and values.

Why do we need to spread out the delegation? Don’t we have a proper system from only the biggest pools? Think of Cardano when DeFi hits it like it has Ethereum, and then imagine if K (currently 150) stake pools will be enough to handle a load that could increase 100-fold literally overnight, as we have seen happen with one DeFi app and Ethereum based token after another.

A growing Cardano blockchain, facing a likely sudden increase in load within the year from the introduction of Smart Contract applications (not just DeFi!), needs to more rigorously maintain its goal of decentralisation by distributing the balance of rewards, network/computing power, training, and operational knowledge among an increasingly larger group of operators. Otherwise that sudden increase may require an equally sudden rise in K to a much greater figure without having at least that number of high-quality pools.

IOHK / Emurgo developers working on multi-pool wallet delegation in Cardano, but lacking a standard of how people might use it effectively, especially as demands arrive for to accommodate “crowdsourced” delegation lists

Who will benefit from this Proposal? Everybody… specifically:

small pools : making it easier for potential delegators to find individual pools, while pool ranking sites may always favour the most heavily delegated pools (even when saturated, since many users simply follow brand recognition) and those with the greatest (now impassable) numbers of produced blocks

automation & integration : allowing portfolio links to be generated through novel means by a greater variety of new & third party web sites, scripts & software tools, and checking real and hypothetical portfolios for past results and anticipated performance

delegators : having an alternative to picking only the “top of the boards,” often losing rewards due to inevitable pool saturation… eventually having a rich ecosystem of alternatives beyond whatever staking portfolios may be curated & integrated into the wallet by central authorities.

Hasn’t anyone talked about this before? “Delegation Portfolios” have been promised but nobody in my circle knows when this might be coming & to what extend it might be decentralised. CH himself mentioned the term “curation” in a seminal video about the subject this implies these delegation portfolios would only be available from a centralised source. So yes and no.

… you mean, talked about this proposal specifically? Yes, it’s been submitted as a CIP at the GitHub link below a few days in advance of the Fund2 deadline. Some of these sources are better for detailed reading about the subject, since it’s impossible to submit anything that looks good on Ideascale (the UI for formatting is horrible). So please post your questions here (as they relate to the Catalyst fund) as well as on the following discussion links for the related CIP:

The budget reflects that neither I nor anyone else has developed related code, and the organisational requirements are open-ended and probably daunting. This work would not be based on any existing businesses and has no other potential for income… it would effectively be a part-time salary as a project manager to, at least:

– oversee the implementation of this idea by Daedalus & Yoroi developers at IOHK & Emurgo, suggesting and contributing code & UI recommendations as necessary

– write all standards documentation for the URI implementation, with support for alternatives like JSON files

– write a “portfolio generation page” to test this idea by processing the JSON data from AdaPools.org for instance to develop portfolio links based on selected criteria, to be determined by popular demand.

1 – First of all, the budget for this project could actually be zero [and should at least be considered flexible] if this implementation is accepted as a Cardano Improvement Proposal. We still don’t know what the timetable for implementing these CIPs will be and we may have to wait for Governance to be achieved on Cardano before people can really vote on them. You can follow the discussion about that proposal here:

… and with eventual participation from the developers this is the best place to ask questions about the schedule & contingency issues I’m trying to anticipate & describe below.

The budget, which I’ve assumed is an estimate pending final approval and vote, should be enough for six months of daily (half-time?) work to:

– communicate daily with IOG and/or Emurgo developers as the necessary issues for implementing the URI standard in Daedalus and Yoroi are created and progressed.

– anticipate integration issues with other software and tools (e.g. hardware wallets that operate through a browser and also need to support the same URI syntax).

– develop an API document for the URI standard, with implementation guidelines for various software environments, to be used by outside developers.

I’m not including “community outreach” in this list because: if the related CIP and/or this Catalyst proposal are accepted by the community, we can assume the community itself will find ways of utilising the URI standard however it might develop. If and when suggestions come in spontaneously, I will catalogue them so they can be considered by the developers.

Comments made on the CIP, which have recently begun to come in, will help identify integration issues (wallets, operating systems, mobile phone environments) which will serve as checklist items to run through daily until met as much as possible. The best we can hope for is that the major wallets like Daedalus, Yoroi and perhaps the most compliant exchanges supporting Cardano staking will implement this standard… then the rest of them can be relied upon to follow suit.

Leading into answer #2 below, I estimate a 6-month implementation period to cover the major implementations, for which a part-time salary of ₳10K ada per month (currently $1000) will cover the vast number of variables as best as possible. I think it’s reasonable to focus on Daedalus, Yoroi, a representative exchange, and the most popular hardware wallet and cover the rest as time permits.

Again, since this proposal is mainly to open a door to discussion with IOG, Emurgo and the Cardano Foundation, I have no idea in which direction the responsibility could be established… I doubt Cardano wallet developers would take “orders” from an outside agent, so the best we could hope for is that I would catalogue the integration issues, document then rigorously on Github and in other company communications, and make sure they are progressed in order for the URIs to be implemented as early in that 6-month schedule as possible.

The six-month target, if it were to begin with the Fund2 disbursement, might correspond closely to the point at which Cardano PoS is fully decentralised (d = 0). At that point we will have a true picture of how greatly the stake will be concentrated without any incentives or tools for decentralising that stake. We should also be launching DeFi applications at that point, with Cardano taking on the load that is currently crippling Ethereum.

That should not be the point at which people suddenly start thinking about how to decentralise rewards, profitability & productivity among a wider variety of SPOs. At least with this proposal we will have at least one way, hopefully ready before that date & in 6 months at the latest, to make it as easy as possible for the community & network to redistribute stake.

If there is person or team in IOG / Emurgo / CF who will step forward and say they have that same responsibility, that would be good enough for me… all they’d need to do is publicly commit to that responsibility and then we wouldn’t need this proposal. Until such a commitment is made, this proposal arranges for such a person to be there.

2 – For the second question, the support of multi-pool delegation in Cardano wallets is a strict dependency of this proposal. I’ve attempted to get some clarity about this issue in this very recent comment, from perhaps the best source of information out there. The time relationships as I see it are:

a) If we wait for a full implementation of multi-pool delegation (in Daedalus first I would think), it will be provided as before in a monolithic means without any support for community-produced delegation lists. This proposal is a way of forcing consideration of the issue by wallet developers even though it cannot be implemented under the current conditions. If we wait for the UI and integration to be worked out without community input in favour of crowdsourced delegation portfolios, it’ll be too late.

b) If the timing isn’t right, and the presumed 6-month lifecycle of this project begins before that prerequisite is met, the funding should be held in abeyance, OR (I would hope not) the project would be cancelled and would have to apply for funding all over again, OR in the intervening period the wallet software developers will realise the vital importance of this feature and will implement it at their own expense with the full resources of IOG / Emurgo behind them.

3 – None of these questions can be answered precisely without knowing how quickly developers at IOG and/or Emurgo could implement this on their own initiative, how they perceive the need for user-generated delegation portfolios (if at all), and whether their developers could work with a developer or project manager outside their organisation. The biggest variable is how much those companies are willing to communicate about the issue.

My worry is that they might not, and I hope I am wrong… it’s anticipating that worst case scenario that this proposal is here, so the community can vote to insist upon on this feature as a priority, should the CIP and all other methods fail. The budget cannot be any more than a guess until we know what level of cooperation we would eventually have.

Prerequisites: Some support in wallets & exchanges for multi-pool delegation. If these are not achieved before the beginning of this proposal work period, the project may change in scope depending upon how the delegation UI works in these applications.

Requested funds in ada. Only use numbers! No symbols, letters, fractions. 60000

Which of these definitions apply to you? Stakepool operator, Entrepreneur, Developer, Teacher 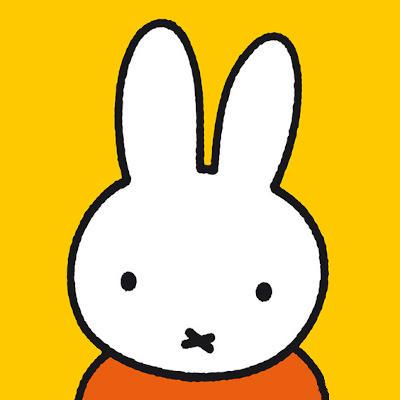 CIP: Stake URI scheme for pools & delegation portfoliosBelow is a draft Cardano Improvement Proposal (CIP) for stake pool & staking portfolio URIs. A robust forum discussion is a required step of submitting this plan as a CIP. I’m open to changes & suggestions before submitting the first draft of that CIP, and will include any corrections & consensus from the community as time goes on. I’ll include the Github CIP link in a further comment as soon as it’s produced. Discussion is vital to keep this CIP moving forward so the necessary application s…

Cardano and FP in Malawi